Maria Stadnicka is a writer, editor and freelance journalist based in Gloucestershire, United Kingdom. She is currently an associate lecturer at University of the West of England, Bristol, UK and PhD researcher exploring psycho-social aspects of migration and socio-cultural trauma in Britain. She completed her MA in Creative and Critical Writing at University of Gloucestershire. She read poetry at Stanza and Edinburgh Fringe Festival, London, Oxford, Bristol, Cheltenham Poetry Festival, Plymouth Language Club, Stroud Book Festival, Tears in the Fence Festival, Winchester University. Published collections: 'Buried Gods Metal Prophets' (2021), 'The Geometric Kingdom' (2020), ‘Somnia' (2020), 'The Unmoving' (2018), 'Imperfect' (2017). Follow on Twitter: @MariaStadnicka Copyright notice: © Maria Stadnicka, 2007-2022. All Rights Reserved. All works, writing, images, and information found herein are protected under the Copyright, Designs and Patents Act 1988. Any unauthorized reproduction or usage is in direct violation of the law and is strictly prohibited. No part or parts of this content may be reproduced, copied, modified, published, or constructed from in any way without the express, direct written permission of Maria Stadnicka. I finally met the musician Andrew Heath in 2017 at the launch of my book Imperfect having previously written a few poems inspired by his third album Europa. His music talks in a quiet, subtle voice about the changing world around us, it points out the fine details of a moment of silent reflection, a moment which only requires one to be still and to observe. The colours, the speed, the flight, the descent, the little fragments of life. 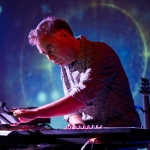 A few months ago, Andrew invited me to collaborate towards his fifth solo album Evenfall due to be released later on this year. Several weeks after we completed the recording, inspired by the subtlety of his new album, I went back to his studio in Stroud and invited him to talk about his fascination with silences and with pauses. Over many cups of freshly brewed coffee we talked about the way we experience the world, through rhythm and speed, but Andrew explained how one could transform a world with only one sound.

MS: Would you place your music within the limits of a particular genre?

AH: As my music has developed, it seems to occupy different spaces. There are many names for this musical area I feel drawn to. Some call it ‘ambient’ but this is quite a broad term. I prefer to use words like ‘lower-case’, ‘quiet’, music without beats and without words and, I know people would then ask what is left but of course to me, the answer is, everything is left.

I became aware of music through listening to the world around me as a very young boy and one of my prized memories and an important formative sound moment in my life, was when my father came home from work with an old reel-to-reel tape machine. I was intrigued to discover I could record sounds on it and play them at different speeds, or turn the tape over and play it backwards. I had a microphone which I’d started using and I remember recording the sound of a pair of dressmaking scissors my mother had. When I played the recording back and slowed it right down it sounded like somebody had drawn a sword. From that moment, recording and transforming sound was something I would be constantly drawn to. 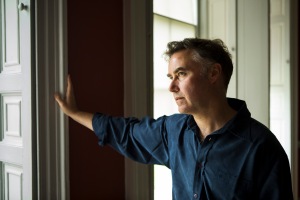 AH: Many things but certainly other musicians and their work. I am inspired by the American pianist Harold Budd, who worked with Brian Eno. I love his sense of timing. His playing is like notes falling downstairs, they just cascade in a beautifully ad-hoc way. I’m very interested in other experimental musicians like Roedelius and the Japanese sound artist, Sawako. An exciting recent discovery for me is German YouTuber, Hainbach who works a great deal with tape, and due to his music, I’ve begun using dictaphones which is an interesting new development for me. However, I think the biggest influence is the environment. The sound around us is music. It could be the song of a bird, which is very beautiful, but for me it can also be planes, my fridge makes amazing sounds. Any noises from our inside or outside spaces.

MS: Are you trying to make people aware of what surrounds us or is your music a product of your own reflection about the world and the passing of time?

AH: I am not trying to educate an audience but this is very personal music. Like an artist who is process lead, I am very interested in taking ‘found’ raw material from the environment around me and then processing and ‘treating’ these recordings building layer upon layer of sound. In my case, the pigments that I use are the piano, guitar and ‘found’ sounds. Where an artist will choose a brush, a pencil or a knife, I will use computers, software and tape.

MS: You use ‘found’ sounds as you call them, ‘raw materials’ from nature, being open to the randomness around you, but then you process it using technology.

AH: Yes, true, but I am being selective on the technology I use though or approve of. For me, the fascination of transforming, changing, processing sounds is all consuming and you can’t do that without technology – typically very modern technology. I start with just a few sounds, listen to the interaction between them, go down the rabbit hole and realise suddenly, I have the beginnings of an idea.

In my sound world, I try to find and then follow a path, as I go along, I become a collector of things. It could be a piece of wood, a stick, a stone and put them in my imaginary backpack. But then, as I build it up and up and up I realise that it becomes heavy and I leave stuff behind. I leave spaces between notes to reach an equilibrium.

MS: I understand that when you start to work on an album it can begin with something random. What inspired the album Evenfall? AH: I was deep in the Norfolk countryside – a real wilderness area with little woods and lakes. I was interested in making longer field recordings. I stood there recording in one place for about two hours. And it got darker and darker and darker. It started to rain. It was a magic moment of stillness that really informed the music on Evenfall.

To add to the magic, I must mention the amazing contribution from the young musician Lydia Kenny, Gloucestershire Young Musician of the Year 2018 who so kindly gifted me such beautiful soprano saxophone lines on the title track, ‘The Still of Evenfall’.

MS: When will the album be available and what follows for you this year?

AH: The album will be launched by Disco Gecko Recordings on 21st September 2018 at The Old Church, London and it will be available on ITunes, Spotify, Amazon as well as in CD format. Prior to this, I will be performing with Toby Marks at Extreme Chill Festival, Reykjavik, Iceland, 6-9 September 2018.