Writer Ian Seed (author of New York Hotel, a TSL Book of the Year) wrote: ‘one of the best books of poetry I’ve read this year is Maria Stadnicka’s extraordinarily vivid collection, Somnia.’

‘Stadnicka’s poetics is one of craftmanship, wherein she carefully walks the tightrope of surreal poetic metaphor and the gritty realism of investigative journalism and broadcasting.’ (Briony Hughes, writer and critic, Stride Magazine, October 2019)

‘Somnia is consistently alluring and enigmatic in its poetic voice. What compels it’s Stadnicka’s calm creativity in conveying the horrors and/or abstractions of these – her poetic voice completely comfortable in its suggestiveness: inventive, provoking, highly visual.’ (Mike Ferguson, writer and critic, International Times, September 2019) 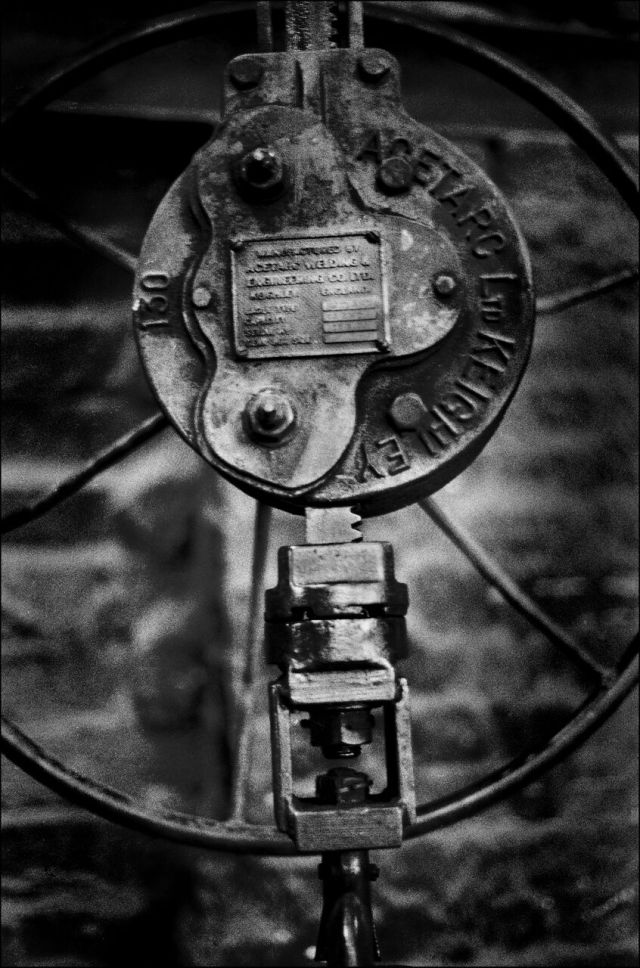 Thirty years ago, the fall of the Berlin Wall signalled the final months of communist regimes in East Europe, leading to a period of transition which culminated with the end of the Cold War.  It marked the transition from realist-socialism to democracy in the Eastern Block states. The change meant new societal structures and political strategies, created in response to the demands of newly formed democratic systems. The transition from mono-party governance to political plurality was difficult and, at times, painful for all newly formed democracies, unaccustomed to rapid market and social changes.

It was as difficult for the Western side of the continent. Left without its common goal which had defined the Cold War, The West began the reconfiguration of own strategies, while maintaining scepticism about the viability of Eastern democracies. However, the European institutions appeared to put aside old ideological conflicts which were replaced with economic alliances. Europe appeared united around a common purpose. The East-West divide went underground, driven by economic competition, by cultural misunderstanding and misinterpretation.

Transition is always marked by change, insecurity, doubt, pain, loss, anxiety and conflict. All transitions have similar attributes. Transition emerges when a revolution ends. Transition brings probing questions about values, beliefs and principles, forcing a society to find new answers. During transition, a society ends up reconfiguring its own institutions and their symbolic power.

Vermeulen (2010) opens another thread of discussion about transition. He proposes ‘metamodernism’ as a concept which defines the current developments in aesthethics, philosophy and arts. These developments are less and less focused on tensions between countries or religions or genders, rich or poor, young or old, black or white.

Vermeulen (2010) identifies that the contemporaneity experiences a more fundamental tension; between past and future. In his vision, our response to this transition it’s about whether ‘we settle for the same divisions, distractions and drama that passes for politics today, or whether we reach for a politics of common sense and innovation, a politics of shared sacrifice and shared prosperity’ (2010).

Transition is defined by fragmentation, a model which dominated the past decade and which has proven detrimental to cultures and societies. In poetry, for instance, the fragmentation created conflict, polarisation and an artistic space unable to cope with / and to respond to, the pace of our time. Whilst poets are caught in the bubble of their own discourse, the artistic focus shifted to expand the engagement with the readership, and to find new audiences.

And one would say, it is all part of this change; nothing wrong with it.

This type of transition is wrong, when the cultural space shows, as Stevenson (2000) says, that our generation of poets is ‘at the mercy of technology and in thrall to the media.’ It causes the illusion of power and relevance in a culture which has not yet defined what ‘relevance in poetry’ actually is. It is wrong, when the new generation of poets ‘proliferate under pressure to please a specialist clientele’ (Stevenson, 2000). It is wrong, as Susan Sontag remarked in 2002, when contemporary poetry begins to suffer from an ‘uninhibited display of egotism.’ It proliferates a cultural delusion defined by everything goes, everything is important, everything needs to be heard.

In 1934, Russian poet Marina Tsvetaeva published the essay ‘Poets with History and Poets without History’ in which she identifies two opposing categories of poets (and poetry): ‘poets without history’ and ‘poets with history.’

‘Sometimes their knowledge is narrow and they come into world not to learn, but to say. They come into world to make themselves known. […] A poet without history cannot have a striving towards a goal, as his/hers poetry has no project.’

By contrast, in Tsvetaeva’s vision, ‘poets with history’ are:

’like an arrow shot into infinity. They seem to inhabit the creative will, don’t have time to turn around to look at themselves, only pressing forward.’

The process of ‘looking forward’ implies a continuous drive to innovate and explore new artistic territories. And here is our moment of metamodernism, the moment when our transition begins a dialogue between past and future. This is a cultural opportunity which rejects both illusion and delusion, preoccupied with shaping the power of its voice, rather than consumed by its own narrative.

And what kind of poetry can face such a challenge? To quote Seamus Heaney, it is a poetry which doesn’t win ‘competitions in the Irish Times or the New Statesman’ (Heaney, 1974, 2000). It is not a detailed self-interview, but a poetry which questions systems, and it reveals new interpretations of the world. This poetry becomes memorable when the writer assumes the responsibility to challenge complacency, and has the courage to experience the transformative power of change. 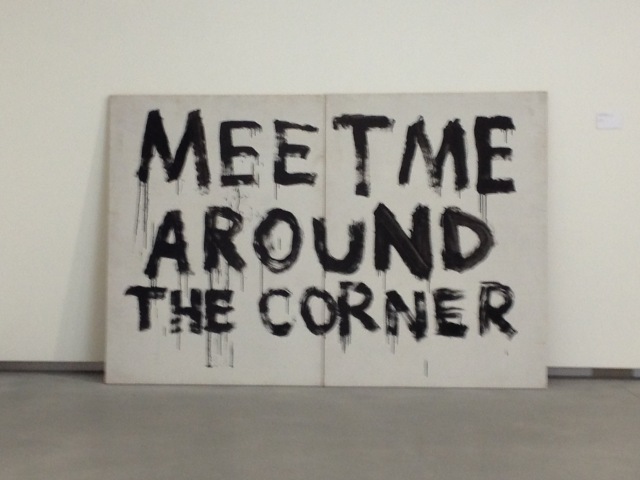 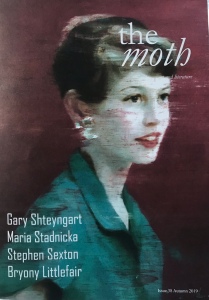 A great way to enjoy the Sunday autumnal light.

You can access the magazine online here: The Moth. 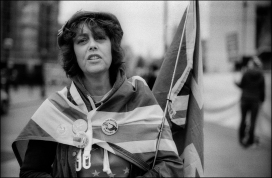 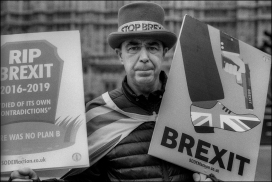 The first signs of European meltdown are showing the crude side of politics. Ukraine will not take part in this year’s Eurovision Song contest. A shame. I like Ukrainian music, but the singer Maruv pulled out, over disagreements about imposed conditions by the Ukrainian national broadcaster. The Russian delegation is considering its position, though they are completely oblivious to all this, knowing well ‘you need to be in it, to win it.’

I suppose many overlook the fact that the whole point of Eurovision was to rebuild a war-torn continent in the mid 50s. It should have been outside politics and scandal. To my shame, though, I’m guilty of overlooking many things about Eurovision too.

I’m used to ignoring Eurovision, although I kind of expect it to happen. I have the same love-hate relationship with it, as I have with the weather forecast. I know it happens after each news bulletin so, by the time the presenter shows the maps, I switch off and check the weather on my mobile phone.

This time though, with Brexit looming, I remember that Eurovision has been going on for ages. And it has been about politics. For ages too. This realisation helps me understand why the Brexit Backstop is the real ‘apple of discord’ in the negotiations between the British and the European technocrats.

By the end of the day, Ireland has won Eurovision seven times. An absolute record. Britain only five times, with its most recent victory registered over 21 years ago. As it stands so far, both Ireland and the UK kept their places secure at Eurovision 2019.

I dread to think what would happen if Britain wins and London has to host Eurovision 2020. Or, another dreadful possibility, the Brexit Backstop stays in place and Ireland wins Eurovision again.

Published in International Times on 16 March 2019. 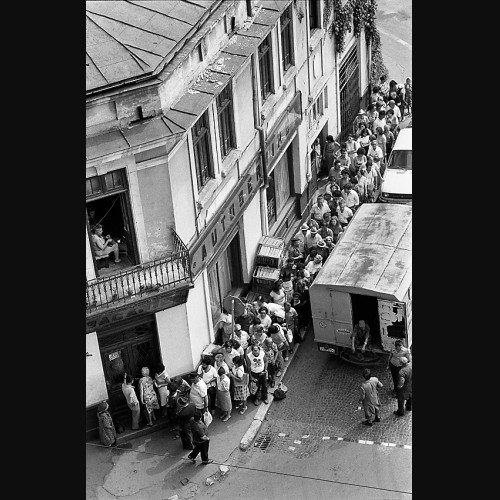 I went out to town and took pictures
of people in queue at the shopping mall.
A third of them had been there since Friday;
pilgrims waiting for new prayer beads.

They sat on the pavement holding
their thoughts in tightly zipped handbags.
The sun kept quiet in one corner watching
the autumn busking outdoors
when a beggar stopped, asking everyone
for directions to the nearest abattoir.

Nobody knew precisely where the roads led
but smiled back at him
through the surveillance cameras.