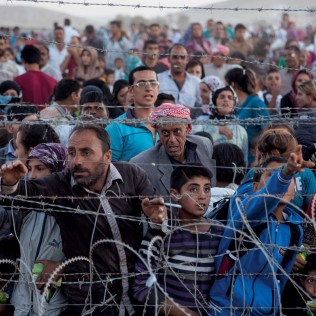 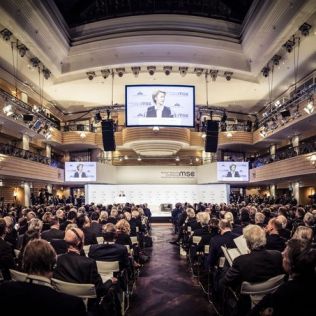 At some point in 2017, travelling from Germany to the UK, via France, I made an overnight stop in Calais. This is my diary note, dated 24th August:

‘Two years since I last visited the ‘jungle’ camp. I don’t see migrants around the French Docks anymore, as the temporary camp was demolished. Bulldozers flattened the tents donated by NGOs, the improvised kitchens and the food distribution points, and the school built out of cardboard and polystyrene. Silence surrounds the old site, measuring our collective dissociation from tragedy. Silence as anonymous as the stories told by Syrian refugees, as anonymous as their predicament. I wonder what happened to the Syrian people who tried crossing the European continent to reach Britain, Italy, France, and further up North.’

It seems that the refugees came and went. In and out of history, their tragedy captured the West’s attention for as long as their presence disturbed the flux of goods and tourists at the French border.

But history is unforgiving and it does not forget. Diplomats, academics, politicians, strategists are currently gathered at the Munich Security Conference, which takes place from February 14 to 16, in Germany. The conference’s agenda covers talks and debates around energy, food, climate and internet security, as well as travel, investments and foreign policies. It is an attempt to re-think the European priorities, at times marked by insecurities brought on by the Covit-19 outbreak and the economic trade volatility. I would have thought this is an important enough event to require British diplomatic presence, but unfortunately, the UK is missing the event altogether.

This morning, in an interview for BBC Radio 4, David Miliband, former British Foreign Secretary, currently CEO at International Rescue Committee, expressed his disappointment at the lack of vision in British politics and the inability to work towards a wider scope rather than its own short-term goals. I can probably understand Miliband’s bitterness about the British politics. What makes me curious about the Munich Security Conference, where Miliband is representing his NGO, sits plainly in black and white on the first day’s agenda: Human Security and Westlessness.

There is a strong sense that Western democracies are beginning to see their power and influence fading, overwhelmed by complex global issues which require solutions based on vision and multi-national collaboration. To put it plainly, the West has started to understand that ‘the cold reality is not that autocracy will triumph and democracy will fail, but rather that the 500-year-long era of Western global supremacy is coming to an end’ (Barber, 2019). One could go even further and say that the West has lost it’s power with the rise of populist nationalist ideas, based on hostility to immigrants and protectionist economic interests. Francis Fukuyama (2019) sees this as a ‘fundamental mistake’ that facilitates abusive use of power and threatens the liberal order.

Populist nationalist ideology brushed under the carpet the tragedy of thousands (if not millions) of Syrians unsure about their future as they are displaced all over Europe by war, destruction and famine. In Britain, for instance, 45,255 Syrian refugees are waiting for an initial decision on their asylum applications, and more than half have waited for longer than six months already (Refugee Action, 2019). This is a symptom of a diseased bureaucratic system which serves its purpose well: to keep powerful institutions away from the citizens that they are supposed to protect and serve.

Nonetheless, the real power of the powerful is in the detail, in those small actions which make big differences. Real power means remembering, not forgetting, tragedy; it is about engaging resources to support communities, not interests. As the silence coming from top level politics is reaching epidemic proportions, I begin to understand that forthcoming governmental priorities will ignore issues concerning people, and will concentrate on managing databases. And if nobody keeps on talking about issues that are important to them, and put pressure on decisional factors to see things done, the Government’s job will soon be nothing but a walk in the park to serve its own interests. Silence gives more power to the powerful.

Published in International Times on 22 February 2020. 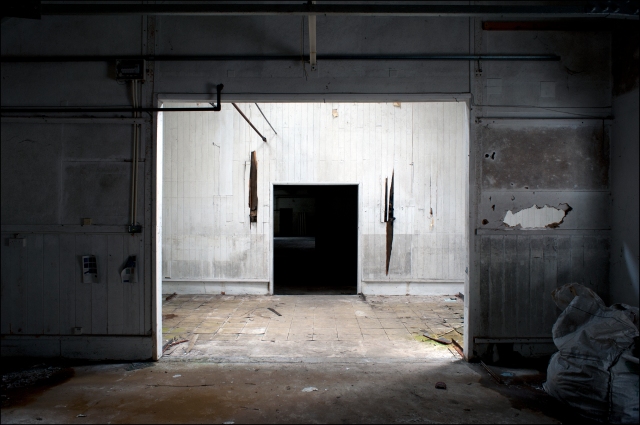 Watching the British parliamentary debate last night was a painful experience. The political class has proven to be a group asking and answering its own questions, loyal to its own ideology, pushing the societal divide even further. The televised mockery, wave of insults and well-rehearsed propaganda made parents sent their children to bed early. Many would like to forget what has just happened and, maybe, if possible, to erase the whole chapter from history books. Politicians say ‘they are tired’, referring to the general public watching the live broadcast.

There has been much discussion about the fact that ‘people’ are tired of this Brexit issue, and want it resolved. We are led into believing that we are all tired, and that the public irascibility is caused by the unresolved crisis launched by the Brexit referendum. It is worth remembering that the ‘people’ have not, in fact, created this crisis. In 2016, most people minding their own lives and jobs have been made aware of the referendum by politics. This ‘need’ was man-made, the present democratic crisis was politically manufactured.

For this reason, I am not tired to go back to history books and to dig out examples when freedom of speech and social institutions have been silenced by unelected leaders. Yesterday’s proroguing of Parliament has a great significance, as it creates a historic precedent by limiting the actions of an institution created to question and to challenge governmental decisions. In this context, I wonder who is governing the Government now. 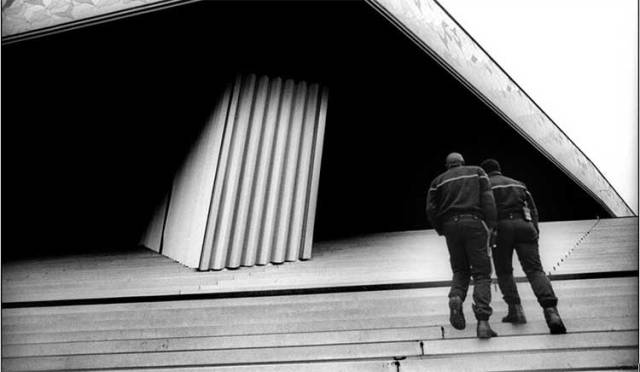 In 2012, Theresa Mary May (née Brasier) was just a mere Home Secretary. She was under pressure from David William Donald (née Cameron), who was fighting Nigel Paul (née Farage) on the electoral front, to do something about the migration data. And she had an idea which got her a few brownie points from the PM. ‘Dave, why not produce a hostile environment for undocumented migrants,’ she said, to which the PM responded ‘Well done, Theresita, that’s my girl.’ And, as simple as that, the hostile environment strategy was conceived on a sofa in 10 Downing Street, and later on ended up being implemented.

The strategy is up and running since 2016. The Guardian(ed. 16th Feb. 2019) reports that the Home Office is attempting to embed immigration officers at a rate of almost £60 an hour as part of an ‘enhanced checking service.’ The service is available to public services, including NHS trusts and local authorities, as well as private firms. Over the past two and a half years, Home Office officers have been deployed to test the policy. But the strategy is not just about ‘enhanced checking.’

Institutions and organisations are offered ‘real-time’ access to information about someone’s immigration status as well as ‘on-site immigration official.’ The on-site officer can attend interviews and can encourage undocumented migrants to leave the country voluntarily. There is no public information about the methods used to encourage people to leave but, hopefully, with the media’s pressure, the Home Office will release further details.

I will not explore any further how the public funds are used under the pretext of national security. The governmental misjudgement and funding misplacement are, by now, legendary locally and Europeanly. And the Home Office’s policies seem to fit well a system based on miscommunication and misunderstanding.

There is something more bothersome I came across not very long ago. A few weeks ago, I came to understand that a young British citizen, travelling by train from London to Paris, managed to cross the border without a passport. The UK Border Agency let the young Brit off on the basis that the teenager was travelling as part of the group and had a scanned copy of his passport saved on a laptop. Although getting out of the country was easy, coming back from Paris a few days later created a bit of a problem at the Parisian train station. But the British citizen managed to get back to Britain on his scanned document, whilst the UK Border Agency’s officer warned the eyewitnesses that he would put a complaint against the section of the UK Border Agency which had let the person travel in the first place. Well, who is going to check that such a complaint was actually put forward?

The questions this incident brings forward are numerous. The issue of ‘legality’ in such a case would be the first, followed by the problem with the Home Office’s wasted funds on ‘monitorisation.’ And there are rhetorical points here. What is the point in having passports, if one could just travel without? Would a migrant have been allowed to travel from the UK to Europe and vice-versa without a passport? If I turn up at Heathrow or St. Pancras with just a scanned copy of my passport, will I manage to cross the border without problems? (to be continued)